Did you know that the town of Paisley is entering the bid to become UK City of Culture 2021? Despite having lived in Scotland all my life, I had never, until yesterday ever been to Paisley – only ninety minutes from my home in Edinburgh (and around fifteen minutes by train from Glasgow). And this is what I found. Pretty impressive, yes? 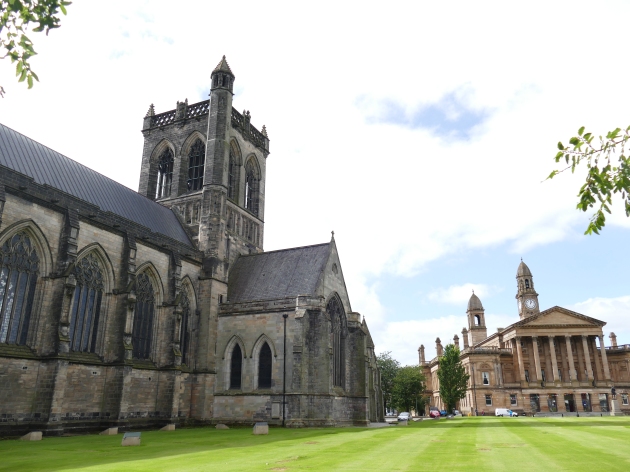 You will however, like me, be familiar with Paisley Pattern and as Dan Coughlan, Paisley Pattern Shawl Curator at Paisley Museum said, “during the 18th and 19th centuries, Paisley was one of the leading towns in Europe for the manufacture of high quality fashion fabrics…and much of the legacy of this great textile tradition is now preserved in Paisley Museum“. In fact the museums textile collection holds “what is thought to be the largest collection of shawls in the world, together with many pattern books containing an enormous variety of original Paisley designs”.

So, a town famed for its patterns (not to mention the incredible history associated with its Abbey which was founded in 1163) asked Scotland Re:Designed to curate an exhibition showcasing contemporary Scottish textile designers as part of Paisley Make , a festival celebrating its pattern heritage under the umbrella of the Paisley 2021 bid.

When I was invited to be part of the showcase, I have to admit, I was more than delighted. I immediately researched the history of Paisley Pattern and looked at several examples of the print. I could see that over the decades, Paisley Pattern had inspired swathes of designers and there are literally millions of examples from across the world – lush and supremely detailed forms of Paisley to simplified and psychedelic examples from the 1960’s to contemporary companies such a Sweden’s Happy Socks who are still celebrating the lure of the Paisley Pattern. 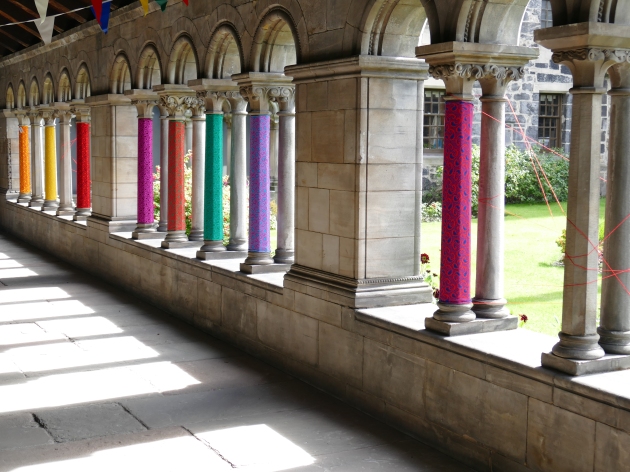 If you know the kind of patterns I normally design, you will know that Paisley Print is miles from my usual stable. However, a pattern has emerged from this whole Paisley project and is currently being printed by the BeFabBeCreative sisters in Leith, Edinburgh. Warning though…you will not look at it and say, ‘Paisley Print’!  – it is a heavily distilled unifiedspace version of Paisley Pattern – images coming soon 🙂

So back to Paisley Make and the pattern showcase which runs until Saturday 3rd September in Paisley Abbey. Work from twenty seven designers is on display and there are talks by speakers such as the enviable and effervescent Penny Martin, Editor in Chief of The Gentlewoman magazine. 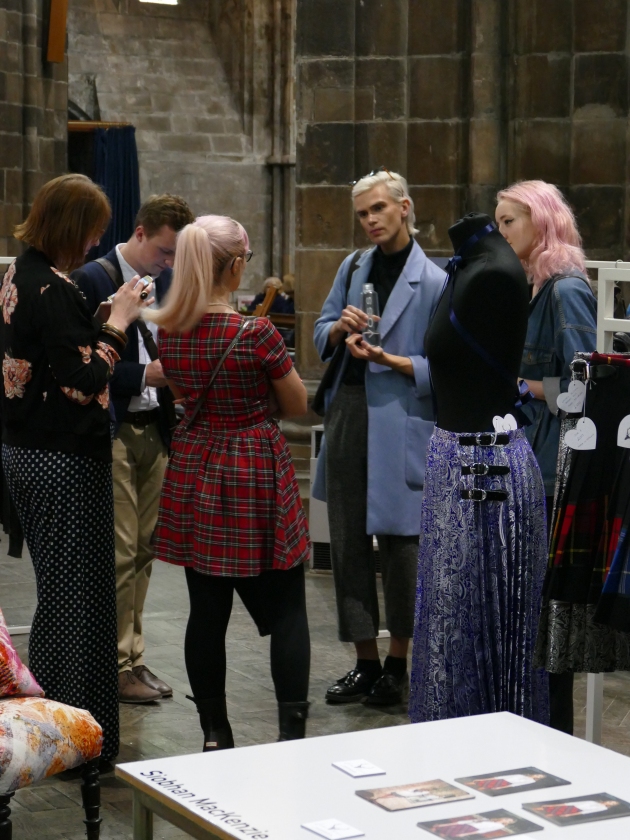 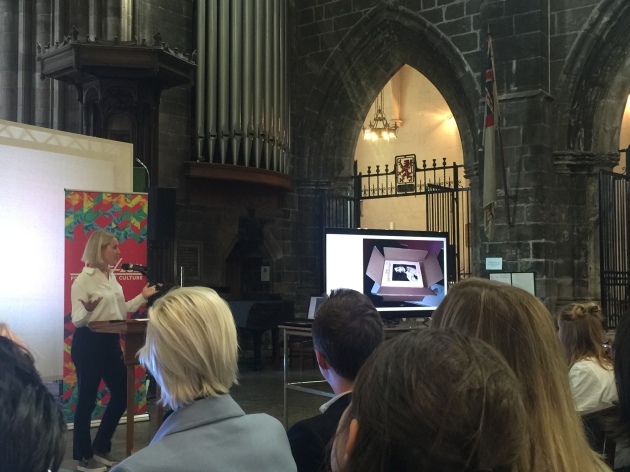 Penny Martin of The Gentlewoman magazine talking about the magazine’s creation. 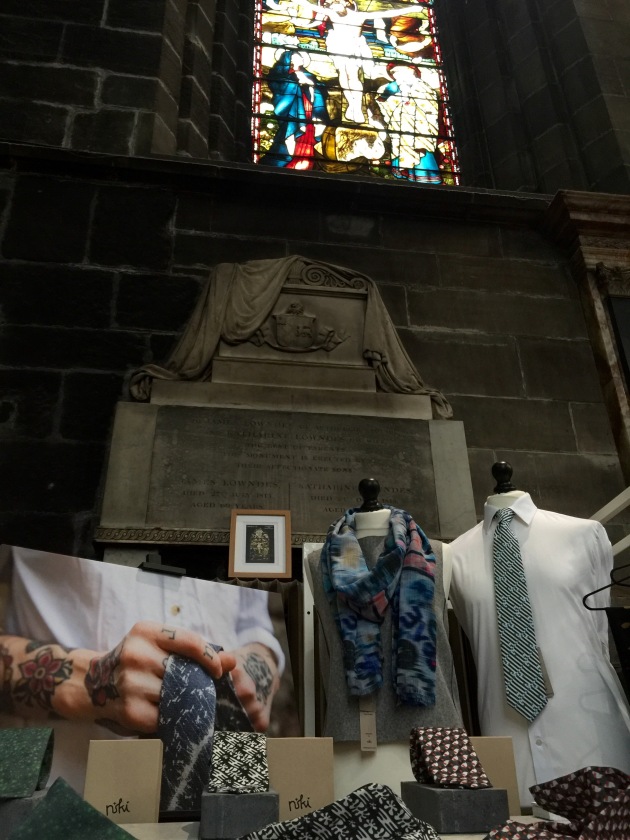 So if you would like to see some beautiful Paisley lace from the legendary Scottish lace mill MYB Textiles or a very contemporary collection from emerging designers from The Fashion Foundry or indeed patterns and prints from any of the other twenty seven designers, I would urge you to take a trip into the magnificent Paisley Abbey before 4pm this Saturday – I certainly wish I hadn’t left it this long before visiting the Abbey.

Good luck Paisley 2021 in your bid and thank you for asking me to show my prints in such an important textile town.