How do you define good art? For me it’s quite simple. Occasionally I will look at a piece of art and I get a physical reaction. My heart speeds up, the hairs on the back of my neck stand up and I get a flutter deep in the pit of my stomach. It’s not a learned response to something,  it’s an instant reaction to something that moves me.

I was lucky enough to have this experience today. Inverleith House within the grounds of the Royal Botanic Garden, Edinburgh has an exhibition of work by  Irish born artist William McKeown (1962-2011). McKeown had been living in Edinburgh until his death last year. The Royal Botanic Gardens was a place he frequented and Inverleith House he saw as an ideal place to show art due to the beautiful proportions of the Georgian building and the quality of natural light that floods into the gallery space.

William McKeown said “there are two types of art – open and closed. All closed art is negative and anti life. Art which is open accepts without judgement, is expanding, positive and life enhancing”. McKeown 2002

This exhibition is certainly “open art” and definitely “life enhancing”. I was quite literally rooted to the floor as my gaze fell into his canvases. Blocks of colour dreamily fuse across the canvases but at the same time pulsate with positive, joyful energy.

I was interested to note he has painted a dark border around each work. The borders are dark and executed in a single confident brush stroke. They seem to halt any leakage of colour from the canvases and act as a boundary or fence to hold the intensity of colour inside the painting itself. The effect concentrates the image and allows each painting to become a portal to a stunning landscape. The borders surprised me though because McKeown is renowned for looking closely at  air and light and open infinite spaces. The borders define the painting but also strangely lead you into the infinite space contained within the painting itself. So important are the borders that they act as a way of taking the viewer on a private and personal journey into the painting rather than a shared experience with the rest of the gallery. I have however, no idea if that’s what he intended.

Agnes Martin paintings have a very similar effect on me, a sensation I wrote about here.  Strangely enough, Inverleith House are also showing a rare film by Agnes Martin alongside the McKeown exhibition.

I think the other ‘requirement’ of good art is that it should inspire creation. On return from the exhibition, I looked at some photographs I had taken which I had stored in an ‘unsuccessful’ folder. They were unsuccessful because there was little focal interest. However, thinking more about air and space, I looked at them again and saw them in a completely different light. I started looking at the air and space in the image rather than the objects. I have now turned my unsuccessful photos into new images of fused colours. 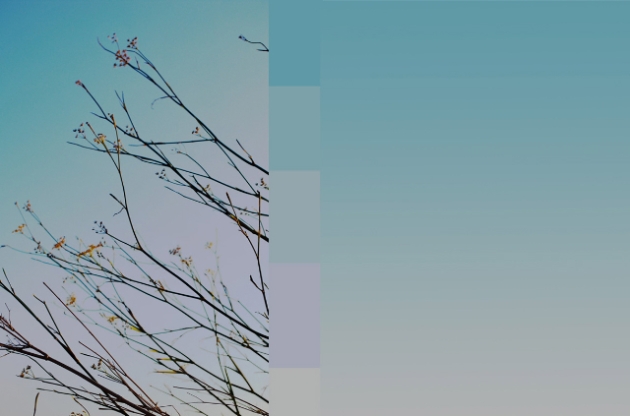 I only discovered William McKeown’s work today and I really wish I had been aware of it before. I would have really liked to have met the artist and as he lived here in Edinburgh, I probably could have. However, he has left us with a collection of open and positive paintings to dream over – it’s a not to be missed exhibition.

The show is on until 8th July 2012 at Inverleith House, Edinburgh.