I’ve just finished some new designs and was asked ‘why pears?’ The answer is easy, the simple organic shape of a pear is beautiful and a perfect form to celebrate a simple line of colour. No fuss, no interference, just a very pleasing shape. I hope you agree.

But it has just dawned on me that I was heavily influenced. I’ve been living underneath an enormous pear tree for the last twenty years. It produces clouds of white blossom in Spring which literally stops people in their tracks.

By September hundreds of small green pears fall from a great height (thirty metres or so) smashing into pulp on impact with the tarmac below attracting rabbles (had to look that collective noun up) of butterflies. The pears are small and hard and gather such a speed that it actually becomes quite treacherous reaching my front door!

So walking underneath a pear tree every day seems to have seeped into my psyche and appeared in my designs. So that’s where it came from.

The pears have also made their way onto Fife Linen which can be ordered by the metre from Printed & Co , an exciting new venture which fully launches on the thirteenth of February at the Kalopsia Collective Gallery with a taster on show this Friday at the launch of The Facility . 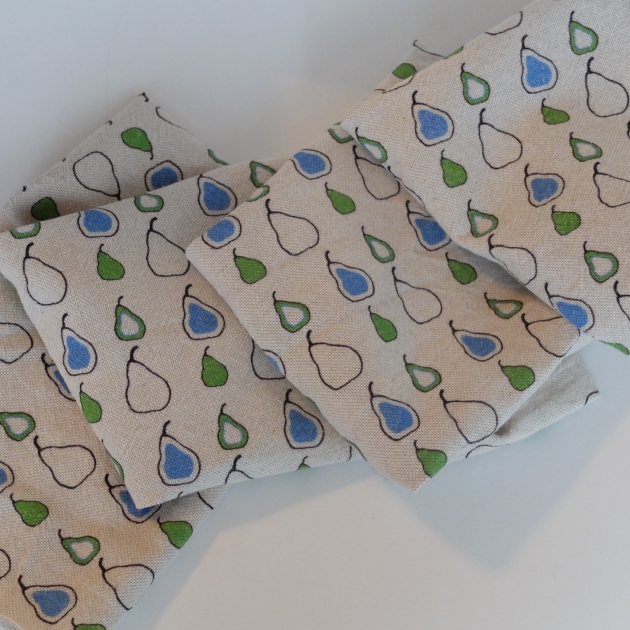 So realising quite how influenced by our surroundings we obviously are, I had a closer look at a design I’m currently working on called ‘Vaki Rocks‘.

This was a purely spontaneous random design… or so I thought.

I have a stunning piece of Lewisian Gneiss in my bathroom. In my eyes it’s one of the most beautiful things I have and the fact that the rock is over three billion years old and has therefore been around for longer than any animal, it’s pretty mind blowing. I look at my ‘random’ design and there I spot my beloved rock. I certainly didn’t set out to paint a rock, I just went with the flow. 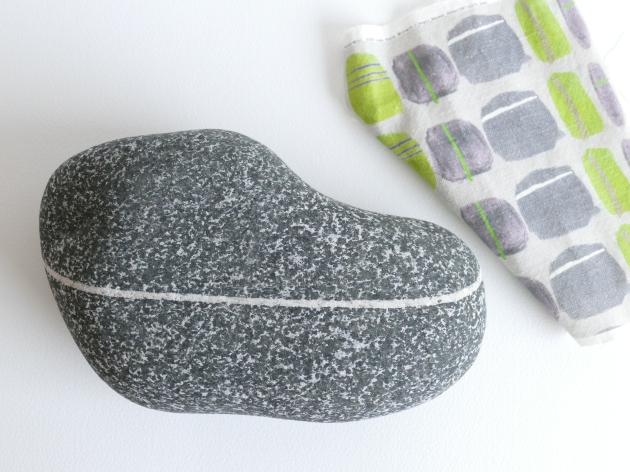 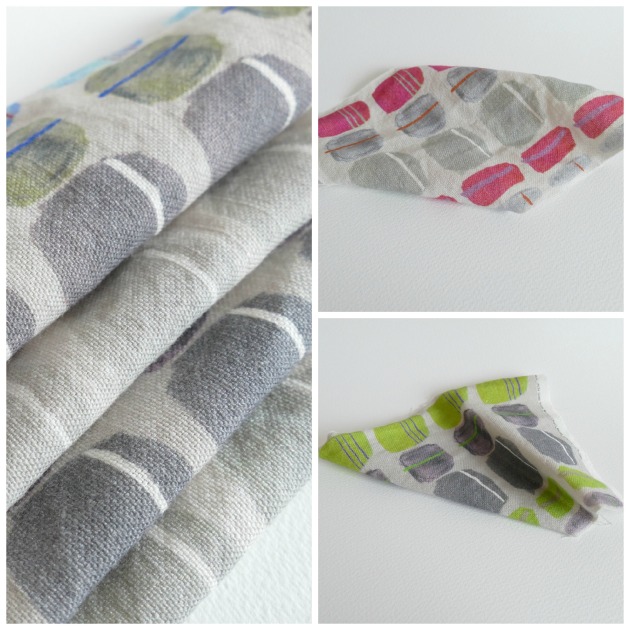 This revelation also backs up my theory that children’s toys should be beautiful/interesting objects because between the ages of 0-5 our brains are even more receptive and children often handle toys for hours and hours, turning them over in their hands, feeling them, and viewing them from every possible angle. I doubt great lumps of mass produced plastic are ever going to have such long term positive influences on us as a beautifully carved timber toy or a piece of nature found on a walk. Timber toys last for generations and need not be an expensive option as they can be small, beautiful, robust and more importantly, kept. Surely if our surroundings are having such a big impact on us we should pay attention to what we use, even if it’s an every day object. This is one reason why good design is so important. But over to you,

Can you spot any subliminal influences in your creations?

Isn’t it funny how you can be carrying out a fairly mind numbing chore around the house when, ✳ping✳, you see something at a certain angle and it sets off the beginnings of a new design?

Well, it was a little group of asymmetric pears that caught my eye this time – I hope you like the end product, soon to be made into scarfs, cushions or any other suggestions you may have! 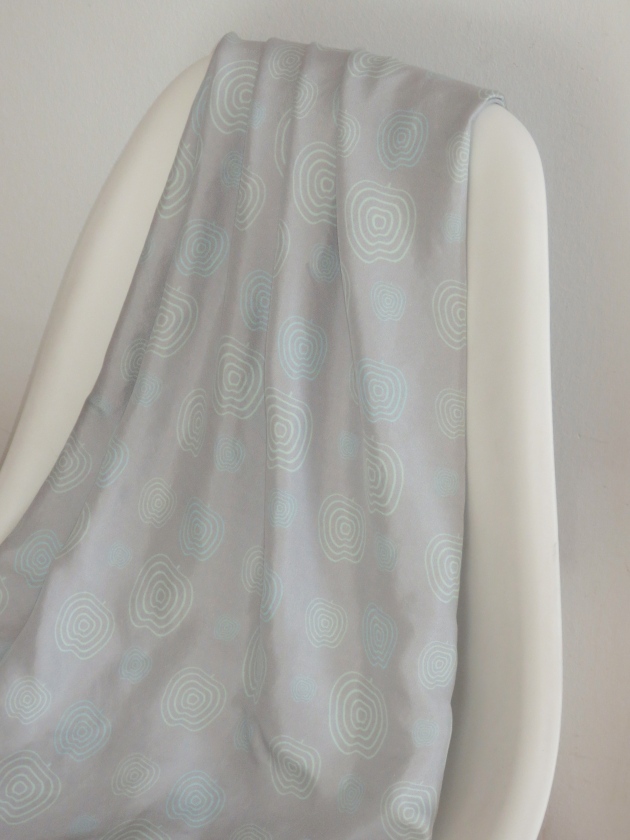 I would love to hear what you are working on or what has recently inspired you.

I was thinking of making the silk into scarfs but if you have any other ideas, suggestions welcome!

Have a great weekend.