Have you ever wondered why some colours look heavier than others? 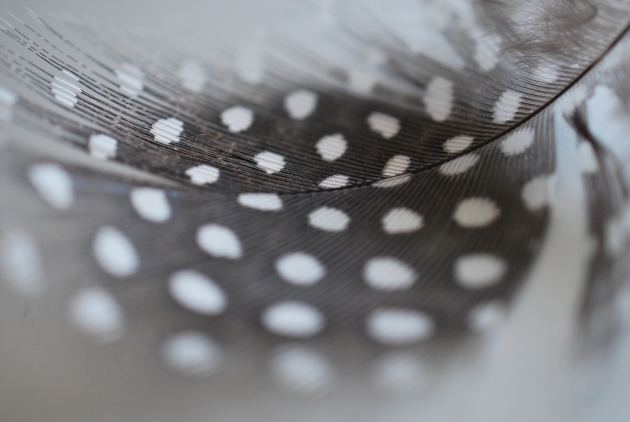 If you paint two identically sized squares with equally saturated hues, one red and the other yellow, the red square will appear heavier.

The heaviest looking colour is red, closely followed by blue, then green while yellow appears the lightest. But why is it that there is a weight hierarchy for two dimensional colours?

Obviously if you paint a three dimensional brick  yellow and then weigh it, the physical weight of the brick will be the same had you painted it red. But our brains will conclude that the red brick appears heavier than the yellow one.

Psychologist Edward Bullough conducted an experiment in 1907 where he divided a ten foot wall in half horizontally and gave his subjects two buckets of paint. One bucket was filled with red paint, the other with pink. He asked them to paint each half of the wall in a different colour.

Virtually all of his subjects painted red at the bottom with pink above. As we instinctively find red to be visually heavier than its paler cousin pink, it is interesting that most of us prefer to see the heavier colour at the bottom of the wall. If red was used above the line, the wall would look top heavy and make us feel uncomfortable. So we like heavier colours closer to the ground and as red looks heavier that pink, it feels more natural for us to put red at the base of the wall. We seem to be applying gravitational forces to our selection of colour placement even though we know logically that the physical weights are the same!

I expect we are environmentally conditioned to use dark colours closer to the ground with lighter ones above as we are accustomed to solid dark earth under our feet and the pale sky and air above. We are therefore subconsciously emulating an environment that is familiar and comfortable to us.

Pinkerton and Humphrey conducted some experiments on colour weight in 1974. They concluded that perceived weight of colour “is independent of brightness as coloured circles, equal in brightness, differ considerably in apparent weight while achromatic stimuli which differ in brightness do not”. Perhaps its just me but I find it fascinating that our brains order colour like this. Oddly enough scientists still don’t know exactly why we give colour an associated weight. I can’t find any up- to- date research on the subject which I think is rather odd. If anyone knows anything further, please let me know!

Colour weight of course is very important when designing a balanced harmonic interior. In a  public space a designer will normally want to make visitors feel at ease. However some public spaces can be designed to be unbalanced intentionally in order to play with the visitors emotions and create an edgy and unexpected almost awkward experience. This has been achieved at the Imperial War Museum North where the shapes and angles of the building create a tense feeling perfectly suited for a museum about wars.

In domestic interiors it is usual (but not a rule) to create a seamless flow around the house in which case it is best to use colours of equal weight thus avoiding an abrupt change from room to room. If you are using a commercial paint colour chart strip like Dulux for instance, it’s easy to choose several hues which are arranged in the same horizontal position on each colour strip.

However, there are many examples particularly public spaces where architects have placed colour in positions which are unorthodox (and go against normal rules) and in doing so created some breath taking spaces……..more about some of these spaces in my next post.

25 thoughts on “Why do Colours Have a Visual Weight?”

Please leave a comment, I really enjoy hearing from you Cancel reply